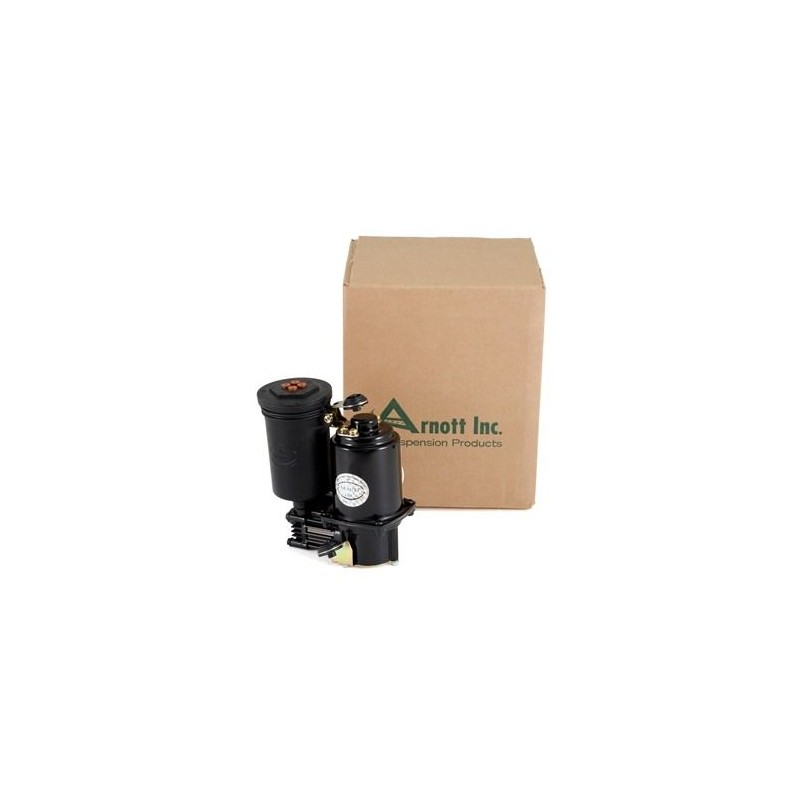 Arnott's air suspension compressors are newly manufactured and feature components developed by ISO 9000-certified manufacturers. To ensure the highest standard of quality in every product, the compressor is assembled and tested in the United States. The thorough 20-point inspection tests all components and functions of the compressor, including its endurance, amperage draw, and CFM.

Other companies only offer rebuilt compressors, often with worn out and sometimes damaged components. Arnott compressors are NEW – not rebuilt – and include a NEW dryer and NEW vibration isolators at no additional cost.

Be the first to write your review !